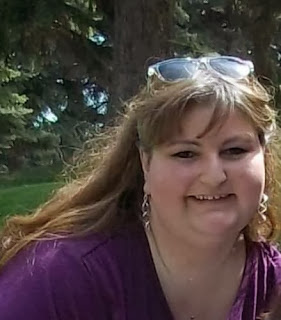 1. Who inspired you to complete your novel and publish? (Please add information about your book)


Inspiration… that’s tricky. I’ve now published three books with Love & Deception being newly released on 10/18/13. The inspiration is different each time. My very first book, Always & Forever, was about an abused woman trying to restart her life after escaping her abuser. It is, more than anything, the story of Lilly rebuilding her life, learning to love and trust, and learning to overcome the horrible things that happened to her. It is romantic suspense, like all of my titles, so a stalker comes into the picture, threatening her and everything she’s worked so hard to achieve. I was inspired to write it because I felt her story was important and that drove me to complete it. I couldn’t NOT write, if that makes any sense.

As far as a who, when I first started writing/taking writing courses, most people thought I was crazy—a dreamer wasting time with a useless hobby. My mom was really the one person I had pushing me forward, driving me toward finishing, telling me I could never achieve my dreams by quitting. I have to credit her with inspiring me to finish that first novel.

2. What advice would you give to aspiring authors regarding the publishing and marketing process?


Get your book out everywhere you can. I was afraid of Smashwords when I first started and didn’t submit to them until just this past spring. Boy, had I been missing out on sales. When you are ready to publish, Smashwords makes it easy to get your book out to lots of stores all with a single document. I still do Amazon separately because it is tough through Smashwords, but it is great to have my books easily out to all the different vendors.

Personally, I encourage people to stay away from Amazon’s KDP Select program, because I do not think it makes good business sense for authors. If Amazon becomes the only game in town and runs other ebook vendors out of business, how long until they stop giving us such great royalty rates?

I’m not great with marketing yet. I’ve paid for a few ads, but I haven’t noticed too much of a difference. I mostly connect with authors, feature them on my blog, and ask them to feature me on their blog. Right now, it doesn’t make sense to invest a lot of money into expensive ads.

3. What would you tell authors to "Start Now" concerning social media?


Social media is a huge time suck. I received a lot of advice in the beginning and tried to do everything at once. I’m pretty much failing it all. I’ve scaled back to just trying to post something at least 2-3 times a week on my Facebook author page (I really do suggest you make this so people can find you—everyone is on Facebook these days).

I try not to neglect my blog too much. I would say having a blog/website under your name is one of the best things you can do. Now that I have more books out, even when I don’t have new blog posts up, people visit the page that has all my books on it and my “contact me” page daily. The important thing is making sure fans have a way to discover you whenever the time comes that they start looking for you. I use Blogger (which is free) and paid for my domain name of www.chantelrhondeau.com.

I would say do what you are comfortable with, but spend most of your time writing and getting books out there. It doesn’t matter how much social media presence you have if you don’t have books for people to buy.


Thanks so much, Jana, for having me over today for this interview!

It was my pleasure! You have given authors a wealth of knowledge. We are all thankful and so happy you could be here today! Thank you, Chantel! 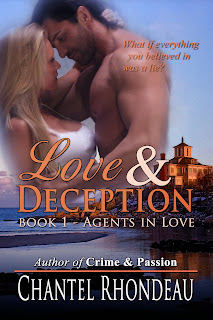 What if everything you believed in was a lie?

In hiding for six years, Carlie Hollis is tired of running. All she wants is to stay in Sayle, Washington and make a success of her struggling delicatessen. Because of her past, she’s suspicious of anyone who takes an interest in her.

Nick Kendall works as a spy in a top-secret government operation, protecting innocent people from danger. Sent to Sayle on a mission to infiltrate a suspected terrorist organization, Nick finds himself attracted to Carlie, an alleged key player of the group.

Despite her misgivings, Carlie develops feelings for the handsome stranger, believing he is there to help her. But when Nick finds evidence of her guilt, he’s given orders to do the unthinkable—eliminate the target, one he's fallen hopelessly in love with. Will he follow orders...or become hunted himself?

Mark it as "to read" on Goodreads

Excerpt:
Silence rushed to fill the space between them. Desperate to keep the conversation moving, Carlie jerked her chin in the direction of the chandelier. “I love how big that is.”

“Really?” Nick lifted one eyebrow and his lips quirked at the corners. “I’ve heard size is important.”

Embarrassment burned all the way up her neck and face. “I meant the chandelier. I wasn’t saying...” Holy crap. She was supposed to flirt. Another woman would have come up with a witty comeback, but Carlie had nothing.

He laughed and reached across the table, patting her hand. “Relax. I figured that’s what you meant. Just trying to lighten the mood.”

“It’s okay, but you really don’t need to be. I don’t bite. Well,” he glanced at the tablecloth briefly before looking at her again, heat in his gaze, “not on the first date.”

“I...you...” Carlie gasped for a few seconds and then sighed. Shelley would be so disappointed in her. “I’m not good at this.”

“You’re not trying to tell me you don’t date much, are you?”

“Well, actually, I don’t.” She took a sip of water. The truth was the wrong path to take here. Guys wanted worldly, experienced girls who knew how to have a good time.

She winked at him, hoping it didn’t look like she had something in her eye. “At least, not men as sexy as you.”

He winked back. “And big, don’t forget big.”

Chantel once thought a great mystery or fantasy book with strong romantic themes was the highest level of reading bliss. After reading her first romantic suspense novel, she never looked back. Before long, the need to create her own stories took over. She spends her days in the clinical profession of medical transcriptionist, but her passion is in the hours spent with her characters in the evenings.

She lives in the western United States, and when she's not writing she loves playing cards with her family, bowling on leagues, and snuggling with her lazy kitties.