The Darkness That Could Be Felt

THE DARKNESS THAT COULD BE FELT
Treasure of the Raven King Book One
by
C. Wayne Dawson
Genre: Historical Military Fiction / Mystery
Publisher: White Bird Publications, LLC.
Date of Publication: May 22, 2016
# of pages: 304
Scroll down for Giveaway! 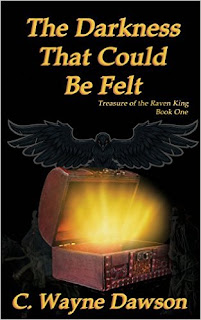 Women are disappearing off the streets of Vienna in 1684 and Captain Mathis Zieglar vows to find out why. Defying orders to break off his investigation, he discovers they are being trafficked into the Muslim slave market. His only hope of ransoming them from a life of abuse is to find the treasure of the Raven King. The treasure is a secret code lodged inside an ancient text that will rock the Ottoman and Holy Roman Empires to their foundations.
CLICK TO PURCHASE

“The Mohammedans have found us, Sire.”


Vlad Dracula, War Lord of Wallachia and Transylvania, jerked his horse to a stop. Dracula snapped his head around to look at his companion. “How close, Grigore?”


An excited buzz broke out amongst the warlord’s ten bodyguards. They came to a halt, sending up billows of dough-colored dust that contrasted with the forest’s darkness. Sweat dripped down their leather armor. Their horses pawed the ground impatiently, straining to resume their canters.


Grigore steadied himself with one hand against the back of his panting horse and caught his breath. He turned his steed around and pointed to a mountain pass five hundred feet up the road. “They’re there, Prince. If we pause for a short rest, they’ll be upon us and have our necks.”


“Damn. Reversing our horse’s shoes didn’t throw them off our trail for long,” gasped a trooper beside Dracula, fighting to control a mount that grew nervous as the pitch of desperation in the men’s voices intensified.


Dracula nodded as he tightened his grip on the reins. He focused on the road climbing sharply to the west. “No one can outrun Turkish cavalry forever, Luca. The spahis never quit.”


Cold hatred stiffened him in his saddle. He would love dashing into his pursuers and tearing into as many as possible before they could bring him down. It would be sweet revenge. They had taunted his fiancée until she flung herself from the castle window to her death. But no, not now. There was something more important to finish, something that would deliciously even the score.


Dracula called out to a man holding the reins of a packhorse. Bulging saddlebags draped over the animal’s sides. “Imre, you and Cosmin must take the next road away from us and keep the treasure safe.”


Dracula looked toward a basket lashed to the side of a mule, which was tied to the packhorse. A small head with wide eyes peered over the brim. “And take my son with you. Remember, you hold the fate of Christendom in your hands. Make your way to Buda and meet me there.”


As the men rode away with the boy, Dracula pulled chainmail over his head and tossed it to the side of the road. “Lighten your load, brothers. If we can make it to the next pass, the Hungarian army will save us.”


The small band of Dracula’s retainers cast aside their armor, then spurred their sweating mounts up the grade.


His heart pounding like a drum, Dracula racked his memory. There was a special trail up there somewhere. He’d outwit the Mohammedans, he always did.


Halfway up the grade, an arrow flew over his shoulder. Another struck Grigore in the leg.


“Radu.” Dracula cursed. “My brother has shown the Turks the shortcut.”
CLICK HERE TO CONTINUE READING CHAPTER ONE 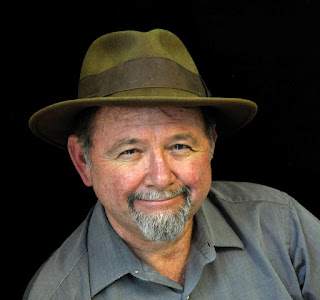 C. Wayne Dawson writes for The Williamson County Sun, and has written for History Magazine, Focus On Georgetown, and SAFVIC Law Enforcement Newsletter. He also founded Central Texas Authors, a group that helps authors promote and market their books through media and collaborative efforts.
C. Wayne Dawson was a Professor of History for ten years and created the Chautauqua program at Mt. San Antonio College. There, he invited scholars, government officials and activists from clashing perspectives to engage one another in a rational, but passionate public forum.
The discussions took on the burning issues of the day: Immigration, Islam and Democracy, Israel or Palestine, The Patriot Act, and Human Trafficking. Attendance ranged from 200-350 people, including students, faculty and the general public. These events attracted representatives from the press, several radio stations, and Telemundo television.
In 2009, the students of Phi Theta Kappa Honor Society honored him with the Glaux Mentor Teacher of Year Award for his efforts in bringing the Chautuaqua program to Mt. SAC.
In the fall of 2012, he delivered six lectures at Sun City’s Senior University on “Muslims and Christians, the Struggle for Europe, 1453-1697.”
He recently completed writing his historically based novel, Vienna’s Last Jihad and begun his second, Treasure of the Raven King. 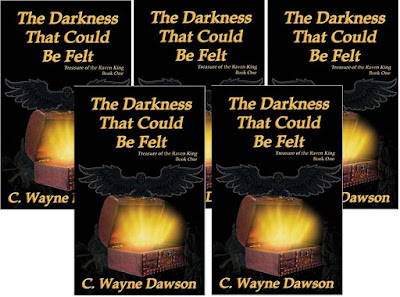 Check out the other great blogs on the tour!