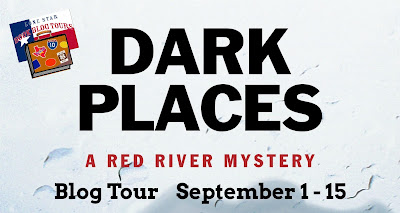 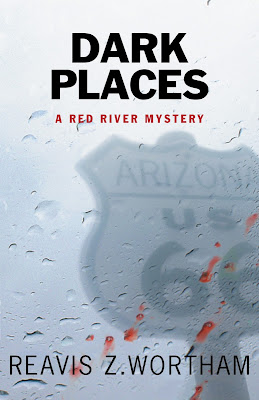 At the tail end of 1967, the Parker family once again finds it impossible to hide from a world spinning out of control. Fourteen-year-old Top still can't fit in with their Center Springs, Texas, community or forget recent, vicious crimes. His near-twin cousin Pepper, desperate to escape her own demons, rashly joins the Flower Children flocking to California―just as two businessmen are kidnapped and murdered in the Red River bottoms on the same night a deadly hit and run kills a farmer. Constable Ned Parker wonders if these crimes are connected, but he goes after Pepper, leaving the investigation in the hands of Sheriff Cody Parker. Parker hires Deputy Anna Sloan, an investigator with an eye toward detail as everyone is eyeing her. Yet it is instinct that propels her after killers through a world nearly forgotten, the hunt’s backdrop one of continuous rain, gloomy skies, and floods. When she’s ambushed, the investigation accelerates into gunfire, chases, and hair-raising suspense. What of Pepper? Out on Route 66, the Mother Road to California, a man named Crow isn't what he seems. Lies, deceptions, and a band of outlaw motorcyclists proves to the Parkers that no matter where you turn, no matter what you do, the world is full of such darkness that even grandmothers are capable of unspeakable deeds. 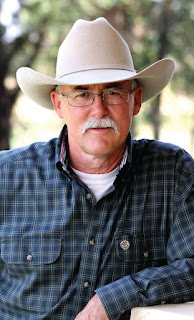 As a boy, award-winning writer Reavis Z. Wortham hunted and fished the river bottoms near Chicota, Texas, the inspiration for his fictional Center Springs. Reavis Z. Wortham’s critically acclaimed debut novel, The Rock Hole, was listed in a Starred Review by Kirkus Reviews as one of their “Top Mysteries of 2011.” Burrows, the second novel in this critically acclaimed series received a Starred Review from Publishers Weekly, and The Library Journal listed it as One of Nine Historical Mysteries for the Summer of 2012. Vengeance is Mine, Book 4, was listed by True West magazine as one of their Top 5 Modern Westerns of 2015. A retired educator of 35 years, Reavis and wife Shana live in Frisco, Texas. 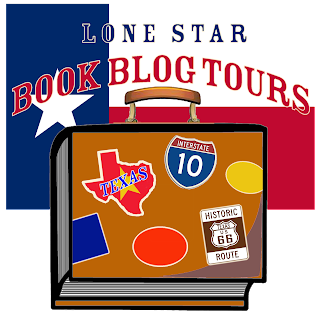 Review of The Neptune Challenge

THE NEPTUNE CHALLENGE
(sequel to the award-winning The Neptune Project)

The Neptune Challenge was a satisfying read. At first, I thought this was going to be a slow retelling of the first novel, The Neptune Project, which was an excellent book. My biggest drawback, the slow pacing. The first couple of chapters spent a lot of time reminding the reader of events from the first book. Then, two of the Neptune kids are kidnapped and Nere wants to go on the rescue mission, but according to the rules you have to be a Sea Ranger to go on the mission. It's no surprise that Nere's Father allows her and her friends an exclusive chance to take the Sea Ranger test. What do you think the results were? You got it! Nere and her friends pass the test and got to go on the rescue mission. Predictable.

Chapters 8-14 detail the teams' travels through the ocean to Atlantea. Yes, seven chapters of swimming and avoiding danger.

Finally, the action starts in chapter 15 when the team is taken captive inside of Atlantea. The best part, Dai is back! There's a lot of tension and reigned in affection between Dai and Nere. Suspense lingers as you wonder if love will bloom again and if the team will be successful in their mission. Now, I am loving each page and hoping for a happily ever after!

To avoid spoiling it for you, I will just say it doesn't disappoint those readers who like a predictable novel. As a reader, I prefer to be surprised with twists and unexpected events. The Neptune Challenge did not keep me on my toes. For example, when the narrator states that she wishes a certain person was with her, he suddenly rises from the dead and appears. I was not amused.

The Neptune Challenge begins slowly and picks up the action midway. The end was satisfying although predictable. I give this novel 3 out of 5 stars because I enjoyed reading about half of it. Pacing was inconsistent and the plot was too predictable. It did leave me with a new vision of the ocean that will entail visions of Nere and Dai along with all of the other Neptune kids living underwater to protect our life on land. All is well under the sea!

Genetically engineered to survive in the ocean, Nere and her friends are recovering from their long, treacherous journey to refuge and settling in at Safety Harbor. Despite its name, plenty of dangers still lurk just outside the colony's boundaries. When two among them are kidnapped, the remaining Neptune kids and their loyal dolphins must set out on a mission even more perilous than their first: infiltrate the kidnapper's fortress to save their friends and steal away a vital scientific secret that may save the world and its oceans. Fighting terrifying mutated creatures and teens, will the Neptune kids find a way to save their friends, themselves, and their underwater world? The stakes couldn't be higher in this thrilling sequel to the award-winning The Neptune Project.

Our Safety Harbor inlet is calm this morning. Small swells lift and lower me gently. Already the sky overhead is starting to gray, and clouds along the horizon blush pink and red. I can just make out the hardy spruce trees that cling to sharp outcroppings along the shore. The morning is quiet except for the rush of the nearby surf and the cry of a gull winging its way across the dawn sky.

Mariah, the leader of my family’s dolphin pod, finds me bobbing on the swells. Her little calf, Tisi, swims a tight circle around me while her daughter Sokya rushes up and flips water in my face.

“What worries you this morning?” Mariah asks as she cranes her head out of the water so she can see me better. At forty, Mariah is a grandmother several times over. Her teeth are a little worn, and her right side is scarred by an old shark bite, but her eyes are still bright with intelligence. Mariah is also amazing at reading my moods.

“There’re so many people at Safety Harbor,” I try to explain while I rub Sokya’s favorite spot, in front of her dorsal. The slick, rubbery feel of her skin is familiar and comforting. “And they all think Dad’s awesome and great at running things. I’m afraid they expect me to be just like him. That Janni girl wants me to join her Sea Rangers and help fight the Marine Guard and sharks, but I just want to work with dolphins.”

“You led us safely here through many fights and many miles of sea,” Mariah reminds me.

I wince, remembering the dangerous journey my friends and I had to make from the southern sector to reach my father’s colony. I hadn’t really led everyone here safely. Two of our group died on our trip to Safety Harbor, and we lost sweet Pani, one of Mariah’s granddaughters, all killed by Marine Guard divers sent by the Western Collective to capture or eliminate us.

“We never would have made it here without your help,” I say to Mariah.

“I helped the most,” Sokya declares. She leaps out of the water and lands on her side, dousing me with a wave.

Polly Holyoke is a former teacher and loves reading, camping, skiing, scuba diving and hiking in the desert. She lives in Plano, TX with three rescue dogs, two spoiled cats and a nice husband who tolerates piles of books all over their house. Her debut middle-grade novel,The Neptune Project, was published by Disney/Hyperion and was selected to the 2014-15 Texas Bluebonnet Master List along with state reading lists in Maryland and Ohio. It was also named one of Bank Street’s Best Children’s Books of 2014. Her second children’s book, The Neptune Challenge, was released May, 2015.

website
Here you can find a treasure box of information about the series, the sea, and writing. There is information for school/group visits, use in the classroom (including curriculum guides), and links for extended research.
You can contact Polly, and her publicist via the “contact” page.